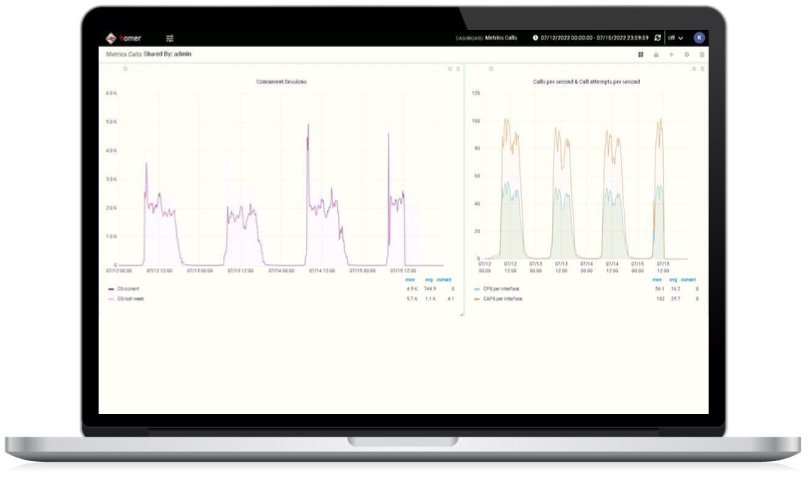 We have one of the most efficient VoIP networks in South Africa, saving our clients 25% - 55% on calls

Our VoIP solution can integrate with any business environment 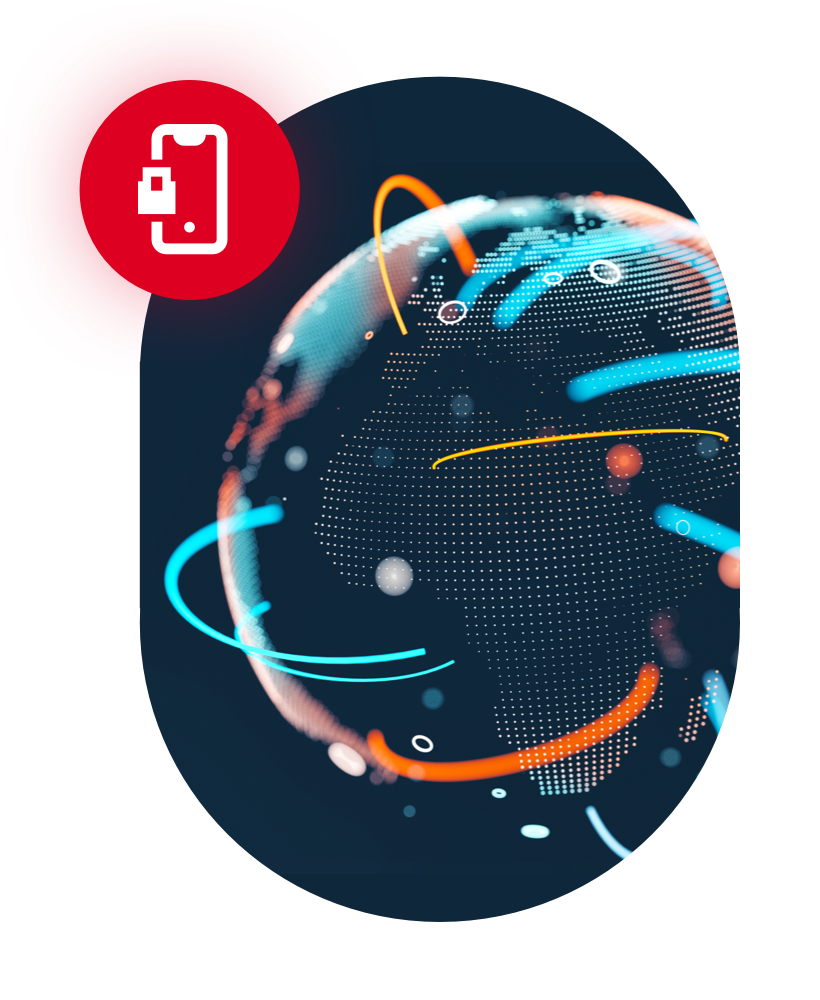 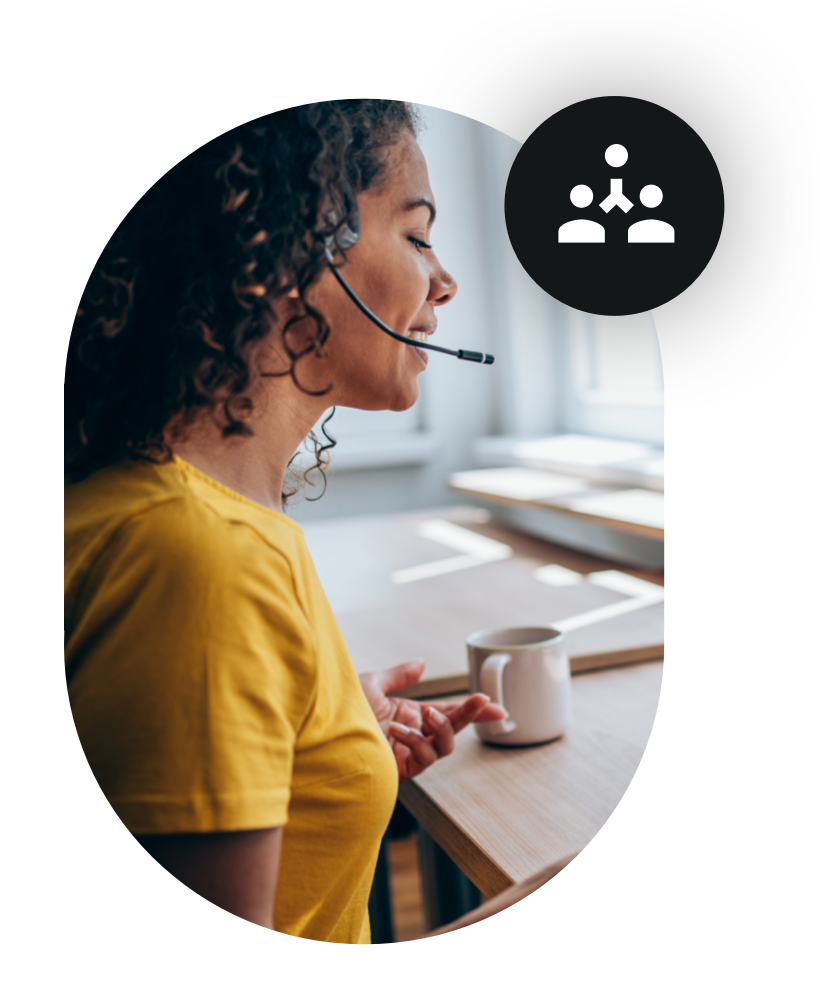 We have helped hundreds of ICT professionals build their businesses

Centracom has a large Reseller and Wholesale channel, helping hundreds of ICT professionals provide VoIP services to their clients. Centracom can bill on a Resellers behalf, or whitelable invoices on behalf of a Wholesaler 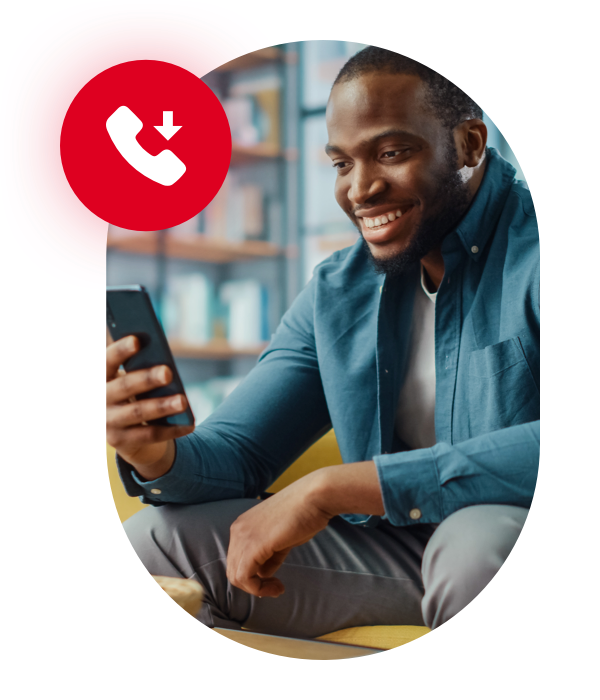 We get you the best possible VoIP rates, meaning great savings for you. In fact, we save you between 25% and 55% on your phone bill. 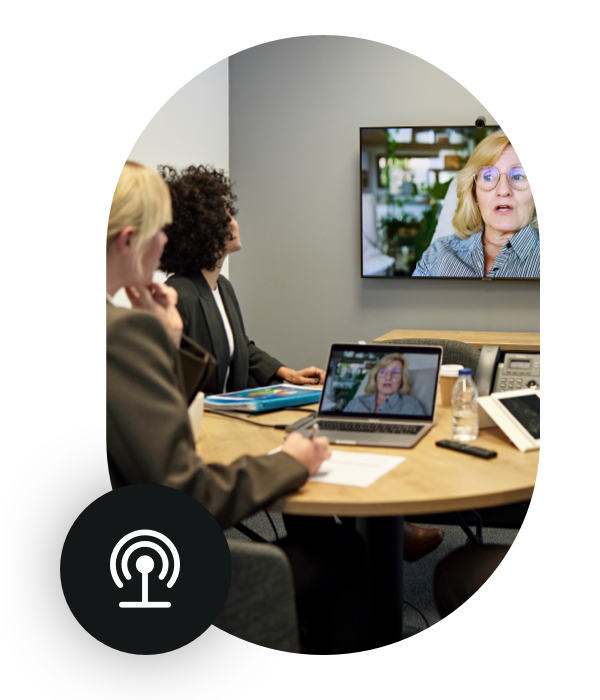 Our VoIP network has a 4.2 /5 MOS (Mean Opinion Score), meaning the voice quality on our network is good to excellent. 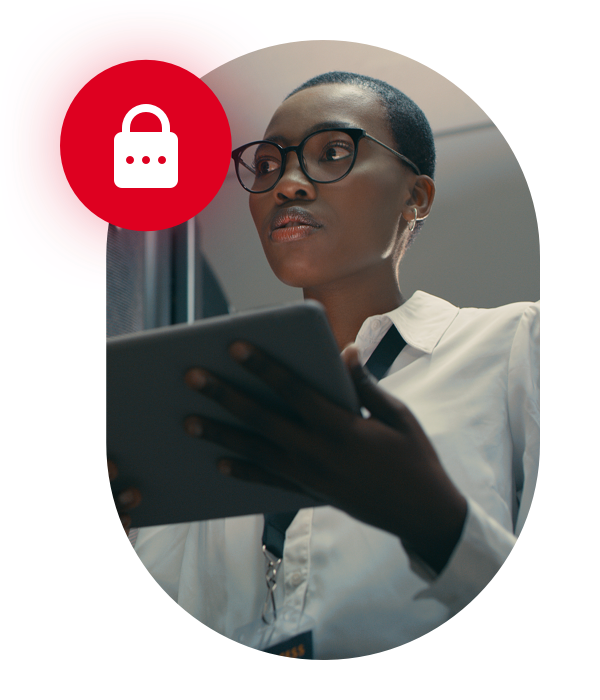 We use L2TP and ViBE technology to encrypt voice traffic as well as advanced algorithms to stop hacking attempts.

Our voice recording is a basic customer call recording service. All recordings are accessible on the Customer Portal on our website and are stored for 30 days.

Caller Line Identification (CLI) represents the phone number of the calling party in a phone call. This feature can be used to display a different number than the customer’s Voice numb.

We secure our Customers with L2TP and/or ViBE. These services are activated with an onsite router used to encrypt VoIP traffic across data networks to the Centracom PortaOne server in Teraco. These services also ensure quality of service, giving additonal voice clarity and reducing bandwidth usage. ViBE goes a step further and offers Rain Mode whereby is send VoIP traffic of one call down 2 connections, and pieces them together server side for clear calls, ideal for clients with

Centracom has a number of proprietary algorithms detecting customer usage patterns called from pre-defined prohibited geo-locations, or made outside certain times like business hours, or initiated with irregular frequencies, helping us to and eliminating unauthorised traffic.

RNG (Random Number Generator) is Centracom’s latest product development. It allows outgoing calls to display a different number each time a call is made. RNG numbers are random Voice, fixed line and GSM numbers which ensure clients cannot anticipate who the call is from.  The really smart thing here is that clients can call back and get through to you.

It’s simple, new numbers lose customers. We will help you port your number from your current provider to Centracom, which means you won’t lose any business. Once ported, Centracom has the ability to forward your calls to any destination should your last mile connectivity go down. If you decide to move, you can take your number anywhere with you on your Voice system, keeping your number for life.

Centracom’s Professional Call Recording service offers the same functionality as professional on-site call recording system and voice logging devices, but without the capital outlay. It offers advanced features, allowing you to take complete control of your call recordings, all stored in the cloud for convenience. The service is fully POPI (Protection of Personal Information) compliant and is accessed via your desktop.

Many Centracom clients report cost savings up to 55% after switching their communications over to its VoIP service. These modern phone systems such as Cloudcall Hosted PBX include many business features that boost productivity and revenue on top of the call savings.

You will need a VoIP provider, a stable interconnect connection, and depending on your office setup, you may need some additional hardware to enable VoIP to work. Centracom also recommends a ViBE or L2TP router to secure calls to stop hacking and improve quality.

In general VoIP requires a stable connectivity line to stop voice jittering due to packet loss or delays in speech. Data usage such as internet browsing, email and video streaming on the same line is not advised unless a VLAN is used. A VLAN takes a portion of the connection and blocks it off purely for VoIP, so no data can interfere with the VoIP traffic. Not all connectivity providers can/will provision VLAN’s.

A general rule of thumb for VoIP to work well with good to excellent voice quality is to use:

VoIP uses approximately 100Kbps for 1 VoIP call. A breakdown of recommended connection speeds per concurrent calls is seen below:

Centracom are experts in advising and assisting clients in choosing and setting up the right connectivity for VoIP and Data at the business location. Centracom has direct API and mapping access, via its sister company Pindrop, to over 50 connectivity providers in South Africa.

VoIP companies today implement several technologies to secure their service from the client’s premises to the VoIP network via 128bit encryption.

Algorithms on call usage are implemented to monitor usage patterns per client with the intention of cutting suspicious calls as or before they happen.

The main security threat VoIP customers face is hacking. This happens when a customer’s hardware on site is hacked, and calls are made on the customer’s account illegally. Usually, these calls are to a premium service number (such as a daily horoscope) where the service is based in another country where the laws that govern this practice undeveloped. Whilst the service is technically legal, the revenue share on the back of these premium services is with the hackers who illegally initiate millions of calls to the number to generate illegal revenue. As the hack is mostly anonymous and the call technically done legally, it is hard to prove a hack and there is very little a VoIP company can do once a hack has taken place. Good VoIP networks stop hacks before they happen or respond immediately when something appears wrong.

Centracom uses L2TP and ViBE with 128bit encryption technologies and advanced algorithms to block suspicious calls made to either geo-blocked areas such are Sub-Saharan Africa, calls made outside of business hours, or calls with irregular dialling patterns such as repetitive call initiation and termination to a number.

Yes, VoIP can be integrated to old TDM PBX’s and newer IP PBX’s and is core to Hosted PBX environments.

Private Branch Exchange (PBX) hardware has traditionally been used by large enterprises that need a lot of phone lines and thus opt to host their own phone systems locally. A PBX system physically switches calls between enterprise users on to various local phone lines while permitting all users to share a single (or sometimes multiple) external phone lines. Historically, enterprises installed local PBX systems to reduce the cost of subscribing to multiple telephone lines for each employee.

Essentially, a PBX system connects internal phones within an enterprise to either the PSTN (Telkom) or a VoIP provider via Internet (Centracom). The setup will change depending on whether it is a traditional TDM PBX system or an IP PBX system.

Traditional PBX’s called TDM PBX’s use analog signals and natively connect to PSTN’s. In order for TDM PBX’s to use VoIP, analog signals need to be converted to digital signals. A VoIP gateway is a hardware device that converts analog traffic into packets of data for transmission over the internet and allows TDM PBX’s to connect to VoIP providers.

Newer systems referred to as IP PBX’s use digital signals and break out over the internet via a SIP trunk provided by VoIP provider. If an enterprise opts to break out to a PSTN then the digital signals need to be converted to analog signals via a special card purchased from the PBX vendor.

Centracom connects to all types of PBX’s through VoIP gateways and/or providing SIP trunking to existing environments. Centracom offers Cloudcall Hosted PBX which is one of the most advanced systems in South Africa.

The call quality of a VoIP systems depends on the speed and reliability of a customer’s internet, as well as the quality across the VoIP providers’ network. Customer’s end user device (IP phone) plays a part with modern-day devices such as Yealink IP phones enabling HD voice quality, allowing VoIP to outperform PSTN / landline (Telkom) voice quality considerably.

When listening to VoIP compared to traditional phone lines, you will hear a vast improvement in call quality compared to traditional landlines. Landlines don’t have as much audio bandwidth, which can result in muffled or fuzzy calls. VoIP calls achieve far greater clarity through HD voice technology. The number of HD Voice calls you can handle will depend on how fast your internet download and upload speed is.

The Mean Opinion Score (MOS) was initially developed to measure traditional calls and has been extended to measure calls on VoIP networks. MOS score is a rating from 1 to 5 of the perceived quality of a voice call – 1 being the lowest score and 5 the highest for excellent quality.

The MOS score the industry measures is the G.711 codec, which is by far the most commonly used codec for VoIP networks and is the codec that Centracom uses. The maximum MOS for a G.711 VoIP call is 4.4. Centracom has a MOS rating of 4.2 / 5 which is deemed good to excellent call quality.

VoIP is by far cheaper than a landline services. PSTN providers such as Telkom charge high rates for calls, and because of this an entire VoIP industry was born as the VoIP providers use IP technology to carry the same calls far more cheaply. Estimates on call savings range from 25% – 55% depending on the mix of calls for a particular client.

VoIP providers can bill per second which further increases call savings.
If you were to combine a VoIP service with a Hosted PBX solution to replace your onsite PBX, you can drastically decrease your capital outlay and/or monthly hardware rental costs. Hosted PBX setups only use VoIP to carry the calls.

In 2010, as an example, the mobile interconnect rate in South Africa was R1.25. Because of this a technology called Least Cost Routing (LCR) became popular, where a business connected their telephones to sim card devices that allowed calls to mobile networks at substantially reduced rates. Calls to a Vodacom number for example, would route to a Vodacom sim card, resulting in the call always being on-net (Vodacom to Vodacom or MTN to MTN) and not across networks incurring the high interconnect rate. The result was a vastly cheaper per minute rate. However, as the interconnect rate started to drop, so LCR was no longer needed.

VoIP soon followed where you could use data links like ADSL, Diginet and later Fibre and Wireless to send calls over direct interconnects. This created a gap in the market for smaller providers to enter the market and provide telecom solutions at far better rates than the larger incumbents.

ICASA stepped in in 2012 to regulate this to reduce the burden of call costs on the South African economy, and today the mobile interconnect is set to 9c. Through a combination of the reduction in the interconnect rate, a growing variety of VoIP services and better connectivity solutions, VoIP has now become the favoured method of carrying calls across corporate South Africa.

ICASA differentiates between the big and small providers in terms of the regulated rate to try and give the smaller networks an advantage to help them grow.

Centracom bases its VoIP Rates on a clients call volumes, with call rates starting as low as Interconnect +1c.

You can access the lowest call rates in South Africa, or pair them with our Cloudcall Hosted PBX platforms. Speak to one of our consultants today.